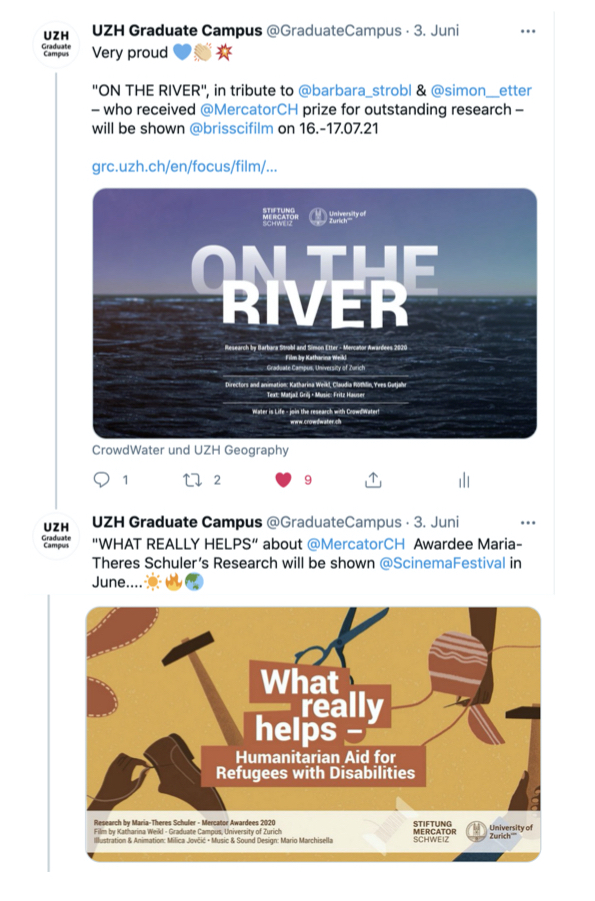 “ON THE RIVER” in tribute to Barbara Strobl and Simon Etter, will be shown on the Bristol Science Film Festival. The two former PHD Students received the Mercator Awardfor their outstanding CrowdWater research. The first science film festival in the UK plans a virtual festival to celebrate this year’s shortlist from July 16th to 17th 2021.

"WHAT REALLY HELPS“
about Mercator Awardee Maria-Theres Schuler’s Research will be shown as part of the SCINEMA International Science Film Festival. The SCINEMA is an Australian film festival celebrating international science-related drama and documentary films. "What Really Helps“ will be shown as part of the National Science Week Community Screenings during the whole month of August 2021. Judging for winning films is still under consideration.